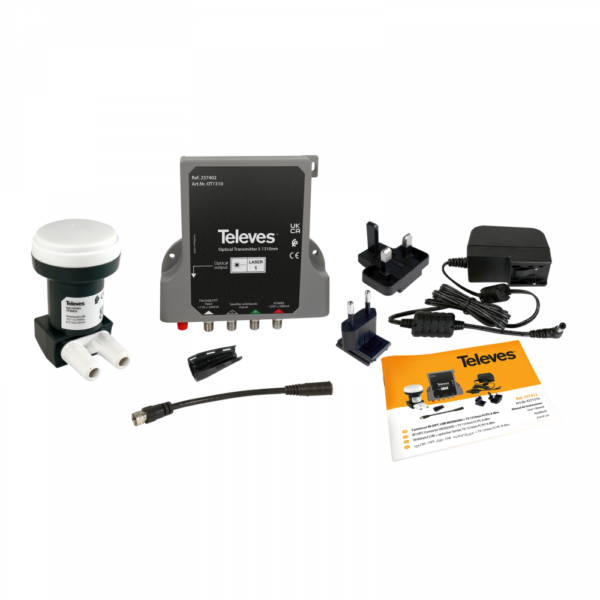 Kit consisting of LNB Wideband that captures the entire frequency spectrum of a satellite and transmits it through two outputs (V-H) in a frequency range between 290 and 2340MHz. The optical transmitter receives the signal from the LNB in its two satellite inputs, in addition to including a third input for terrestrial signal (88-694MHz) mixing. The resulting signal is provided by its optical output in the 1310nm window, with 8dBm optical power.

Highlights:
For installations of up to 32 users
Terrestrial and satellite signal conversion and mixing

Main features:
FC/UPC optical connector and F-type connectors for RF
Can be mounted externally (on a satellite mast) or internally (on a wall or cabinet)