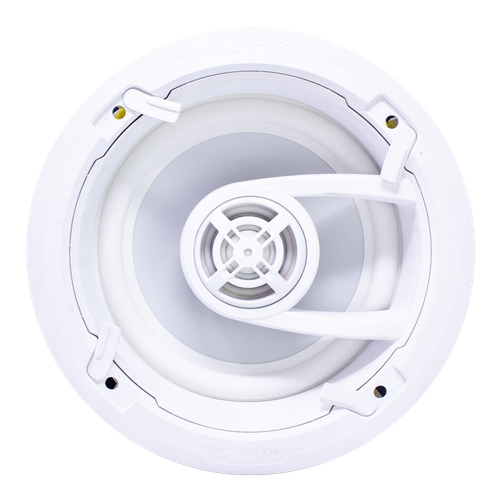 Availablity: Out of stock
Add to Wishlist

In 2007, the Ghost™ Series revolutionized the architectural speaker market with stunning design aesthetics, and installation characteristics. 13 Years later, TruAudio has done it again. The new Ghost™ Series has evolved from the ground up; with how it looks, how it performs, how it functions, and it even has updated, low impact, packaging.

The series has been updated from 6.5” and 8” speakers to 7” and 9” woofers, providing even warmer tones for your living space. The 9” model now features a 3-way design (a pivoting tweeter and mid-range, partnered with a fixed woofer). The depth of the reveal into the living space has been decreased by 40% allowing the speakers to virtually disappear into the ceiling. TruAudio’s new Ghost™ Series features the revolutionary and patented TruGrip™ technology, which incorporates a spring-loaded dog ear and mechanical cinching closure, significantly reducing time spent on trims-outs. TruAudio’s QuickConnect™ adapters were also incorporated, shaving even more time off of trim-outs, if QuickConnect™ pre-construction brackets were used in the rough-in stage. Finally, all new Ghost™ speakers now include a vented protective backbox to protect the critical components on the back of the speaker.

Protective Backbox on All Ghost Models

40% Smaller Reveal
With the smaller reveal, the grill virtually disappears into the ceiling

One Rough-in Ring for Both 9″ and 7″ Speakers
All Ghost™ series speakers now install using the same rough-in rings (RC-879).